LI Yong, congratulated the Government of Hunan province for its continuous efforts to promote investment in Africa under the Belt and Road Initiative 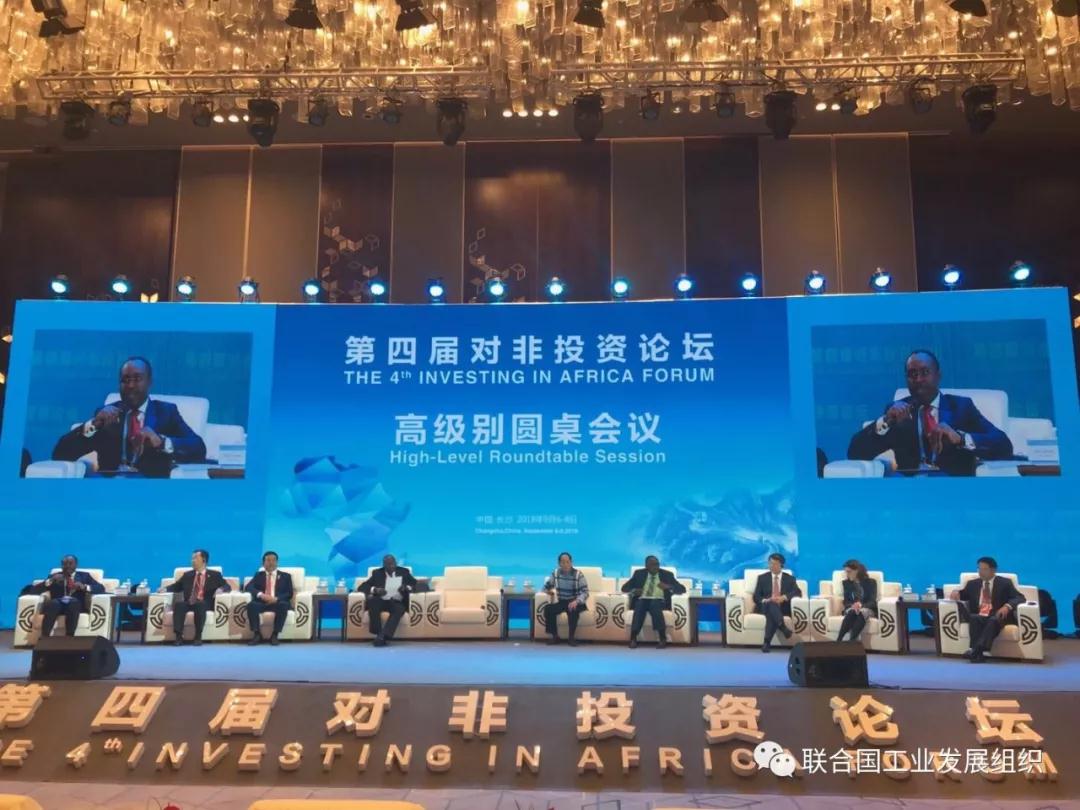 Changsha, China, 6 September 2018 –The Director General of the United Nations Industrial Development Organization (UNIDO), LI Yong, congratulated the Government of Hunan province for its continuous efforts to promote investment in Africa under the Chinese Government’s Belt and Road Initiative.

During his statement at the High-Level Round table of the 4th ‘Investing in Africa’ (IAF) Forum, Li also recalled examples of the triangular cooperation between UNIDO, China and Africa, including the Joint Declaration between Ethiopia, the Department of Commerce of Hunan Province and UNIDO, which was signed during the 2017 International Agro-industry Investment Forum held in Addis Ababa. The Joint Declaration outlined several areas of cooperation including investment promotion, industrial parks development and upgrading of technical and vocational training. In particular, the UNIDO Director General highlighted the establishment of the Ethiopia-Hunan Equipment Manufacturing Cooperation Park.

LI Yong called for reinforced global efforts to accelerate the implementation of the Third Industrial Development Decade for Africa (IDDA III), and emphasized the value of South-South and tripartite cooperation to increase the impact of development assistance on the ground.

On the sidelines of the Forum, LI Yong also held bilateral meetings with Zou Jiayi, Vice-Minister of Finance and XU Dazhe,Governor of the People’s Government of Hunan Province of China.