On March 21, Chinese President Xi Jinping arrived in Rome for a state visit to Italy. When speaking at a press conference with Italian President Sergio Mattarella in Rome the next day, Xi emphasized that both countries could expand cultural exchanges through cooperation in the Belt and Road Initiative (BRI).

The BRI, with its ample resources and connectivity projects, gives many indications that it could be a global force to move forward the era of economic interdependence of the world and converge other pro-globalization initiatives.

The U.S. appears to be in the process of closing the doors of integration with China and other economic global powers, straining global economic relations that are economic, technological, geopolitical and ideological at the same time. 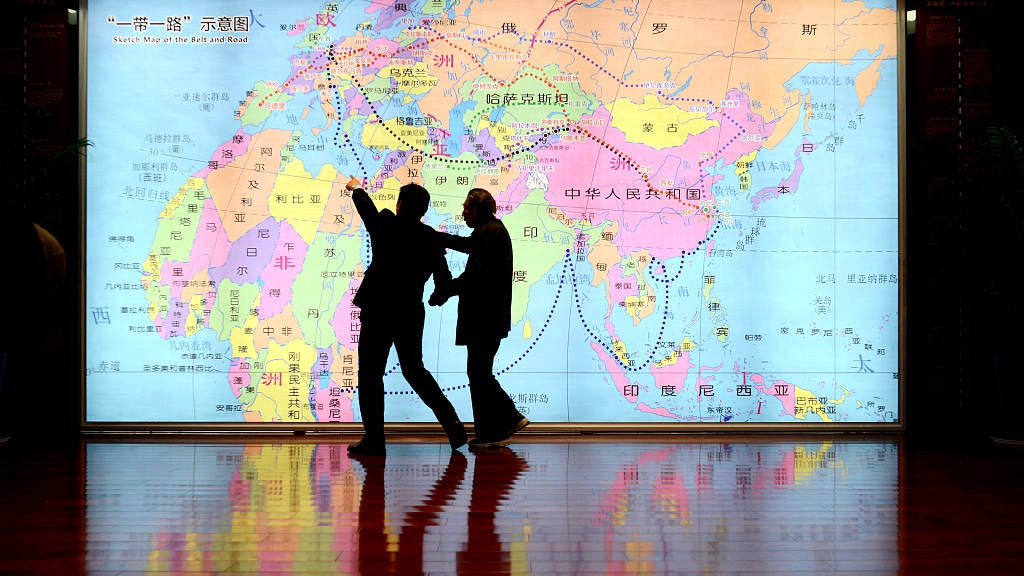 President Xi has called for better protection of the BRI projects. Since the beginning of 2019, the U.S. has been openly pushing central, eastern, and south-eastern European countries in its 5G race with China, claiming it is "more concerned about the Chinese presence, the Huawei presence, in central and eastern Europe than in western Europe."

The presence of China's Huawei in Croatia, North Macedonia, and Montenegro, for example, largely depends on Germany whose Deutsche Telecom Group owns a significant part of south-eastern Europe's telecommunications sector.

In Croatia's telecommunication infrastructure sector, Huawei has been present for many years as an important supplier of telecommunications equipment (fixed access broadband networks and optical networks) through its long-term partnership with Deutsche Telekom Group that is the majority owner of Hrvatski Telekom with a share of 51 percent. Istria has become the first region in the country with prerequisites for the implementation of the 5G network, pacing faster toward a digital economy.

Germany's aim to resist the U.S. pressure focusing itself to raise security in digital networks but continue to work with Huawei and to develop multilateralism added an element of stability to south-eastern European countries' relations with China. They could continue with their pursuit of the BRI policies of economic cooperation when it is outside U.S.'s strategic competition pressure.

Italy's determination to become the 124th nation to sign an agreement on the BRI cooperation symbolizes support for all those countries that resist the U.S. perception of the BRI as China's statecraft tool for expanding its political and strategic sphere of influence globally. Italy confirms that the BRI's natural environment is commercial, not strategic.

For now, the U.S. campaign for geopolitical and non- market approach to the BRI and Chinese companies has not succeeded to unite other global capitalist powers in making a formal coalition to curb China's global development.

Germany, Europe's biggest economy, was accused by America's trade officials that its cars have been considered a "national security threat," later Berlin was warned by NATO's Supreme Allied Commander in Europe that NATO forces would cut communications if Germany collaborates with Huawei.

The U.S. has warned Italy, an important member of the EU and the Group of Seven, not to sign BRI cooperation agreements and close its port Trieste for the BRI, and ban Huawei to work on its 5G.

EU's comprehensive strategic partnership with China, based on the EU-China 2020 Strategic Agenda for Cooperation (2013) and The Elements for a New Strategy on China (2016), is exposed to the U.S. demand to exclude hardware made by Huawei from the EU 5G infrastructure.

The commission's discourse on China's growing economic power and political influence somehow have changed. For many years, the EU and China have been economic partners and competitors but in March 2019, China became "a systemic rival" that promotes an alternative model of governance.

The EU, for now, stays decisive to deepen its engagement with China through promoting common interests at a global level based on full unity of all member states and common EU regulated approach to the security of 5G networks (Action 9) that is a meaningful road map to south-eastern Europe.

Indeed, the BRI partners in the region, which seized the BRI as an opportunity for economic growth and a stimulus to Eurasia integration, could be faced with a new wave of diplomacy and academic pressure on their cooperation with China.

For south-eastern Europe it is significant to understand the broader context to rise above anti-BRI tendencies, which could have different shapes and layers but with the common aim to drag the BRI from its natural commercial, market, and connectivity environment into the context of security and a new round of strategic competition.

Painting the BRI and China's companies as a "security threat", the superpower aims to maintain its leadership over not just 5G development and its integration with AI into military forces, and intelligence data collection but over any kind of development that has the power to be revolutionary and bring it global economic and military superiority in the decades to come. This kind of race is here to stay.

Dr. Jasna Plevnik is the president of the Geoeconomic Forum Croatia, a member of SiLKS.