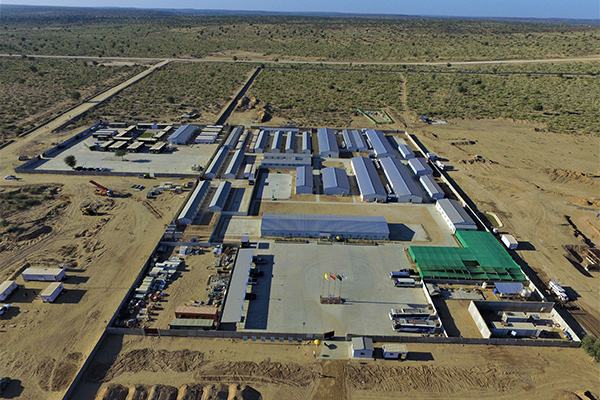 1.    Chinese private enterprises’ progress in the Belt and Road

During the 40 years of Reform and Opening-up, China’s private enterprises have grown from scratch. Today, they have been globally competitivein manufacturing, construction, service and other fields. With business expanding to the global market, they are increasingly internationalized inproduction, sales, service, financing, talents, management, social responsibility, foreign exchanges, etc.

According to the State Information Center of China, private companies lead in the total trade valuebetween China and the Belt and Road countries, making them the major force in trade. In 2017, the trade volume between Chineseprivate companiesand the countries along the Belt and Road registeredUSD 619.98 billion, accounting for 43.0% of the total. The private companies’ export volume reachedUSD 432.54 billion, accounting for 55.9% of China’s export volume to the Belt and Road countries; whereas their import volume accounted for 28.1% of the total import volume from the Belt and Roadcountries. According to a survey report on Chinese enterprises in Africa released by McKinsey in June 2017, there are more than 10,000 Chinese-owned firms operating in Africa. Around 90% of them are privately owned, nearly a third are involved in manufacturing, and nearly a quarter covered their initial investment in one year or less.

As they grow, many private enterprises are increasingly expanding their overseas market and cross-border business through cross-border mergers and acquisitions (M&A), which can be best exemplified by Lenovo Group’s acquisition of American IBM’s PC division in 2004 and Geely Holding Group’s acquisition of Sweden’s Volvo Cars in 2010. Due to the strong demand for transformation and upgrading, Chinese private enterprises prefer to buy high-tech or big-brand companies or assets in developed countries in Europe and the United States rather than in underdeveloped economies. Over the past six years since the Belt and Road Initiative,Chinese private enterprises’cross-border M&Ahave surged in Southeast Asia, South Asia, Europe and other Belt and Road countries, which focus on such industries as Internet, logistics, automobile manufacturing, pharmaceuticals and are expanding from resource-driven to capability-driven transactions.

Over the past six years since the Belt and Road Initiative, private enterprises have positively engaged in it and thus become increasingly internationalized. Against the backdrop of global political and economic order shift, transformation of China’s economy and supply-side structural reforms, China’s private enterprises are facing some problems in “going out”, which can be manifested in the following aspects.

For some time past, the economic and political environment at home and abroad for China’s private enterprises have undergone significant changes, making their survival and developmentdifficult. Internationally, the trend of deglobalization, the rise of trade protectionism and the intensifying China-UStrade frictions have altogether led to changes in trade environment, overseas market demand, exchange rate, market expectations, etc., which have exerted greater pressure on the business of private enterprises. At home, influenced by the policies like containing financial risks and environmental protection supervision, private companies find it more difficult to finance and maintain liquidity. Many of them are financing through pledge of shares of listed companies or private loans. The daily business of many private enterprises have been hampered. As a result, their overseas businesshave stalled or been reduced, and some of them have to sell overseas assetsto tide over the difficulties. Multiple factors have had serious impacted the development of private enterprises. Their confidence in investment has been severely eroded, frustrating their overseas investment, including the countries along the Belt and Road.

First, tightening foreign investment policy.China’s foreign investment policy has been encouraging private enterprises to invest overseas when China’s foreign exchange reserve approachedUSD 4 trillion. However, with the fall of the foreign exchange reserve, the policy turns to be tighter, which has reduced and downsized their overseas investment.Second, insufficient financial support.Few western financial institutions offer credit financing in many countries along the Belt and Road, due to their poor business environment; and support from Chinese commercial banks is also scarce. Today, their overseas projects are mainly funded by state financial institution, such as Asian Infrastructure Investment Bank, Silk Road Fund, China-Africa Development Fund, New Development Bank, National Development Bank. These institutions mainly support state-owned enterprises and large-scale state-invested projects like in infrastructure, rather than market-oriented projects initiated by private enterprises. The internationalization of RMB,Shanghai International Finance Centre and other financial opening-up arrangements have not been coordinated with the investment and financing of the Belt and Road. Third, there are few intermediary organizations,such as internationalized consulting firms, law firms, accounting firms and credit rating agencies, which cannot meet the needs of enterprises for overseas investment.

3)   Non-economic risks are prominent in some B&R countries.

Private companies see the economic risks in the internationalization controllable on the whole, such as exchange rate fluctuations, commodity price volatility, and growth rate fluctuations, and can take measures to hedge against the risks. However, there are non-economic risks from political and policy changes, military affairs, religion, etc. in some Belt and Road countries. Some of these countries suffer from weak legal system, serious corruption and poor business environment; Some are subject to politically turbulenceand social instability, which may make Chinese private enterprises’ investment come to naught in case of regime change or fighting; Some are not consistent in policies, characterized by opportunism and capricious towards investments from China, which might even be nationalized by host countries; Some are too bureaucratic and low in government efficacy and efficiency, which leads to long investment cycle and makes it difficult to deal with the rapidly changing market in time, thus affecting their economic benefits; Some lack transparency and fairness in their tax policies, which are implemented randomly. Once the tax authorities fail to put the money into the treasury, they may further levy tax more frequently and even with multipletax standards, demanding enterprises to pay taxes arbitrarily; Some are mired in wars, frequent religious conflicts, resulting in poor public security environment.  Any private enterprise cannot cope with such risks alone. As the saying goes, “Such a one will not enter a tottering state, nor dwell in a disorganized one”, many private enterprises can only stay away from these countries for investment and cooperation.

Despite the differences insources of investment funds, investment project choices, risk preferences, investment modes, etc., the private capital represented by Chinese private enterprises and the state-owned capital by state-owned enterprises are indiscriminately regarded as Chinese capital in foreign countries. In recent years, in the context of China’s rapid economic growth, Chinese enterprises have become so wealthy that they frequently makeM&A, invest in infrastructure, making them newcomers, players even competitorsin the international market. Some countries feel concerned about the sudden entry of Chinese capital; Some developing countries have strong nationalism and sensitivity and are not ready to accept Chinese capital. Some of them welcome China’s investment but remain vigilant at the same time, and some even hardly welcome the investment; Some developed countries feel insecure with Chinese M&A or investment and even suspect and fear the investment. This has exerted deep influence on the attitude of Belt and Road countries towards Chinese private enterprises, which have to face such complicated international environment when “going out” and participating in the Belt and Road. This is also why some private enterprises failed to invest overseas.

3.    Suggestions forprivate enterprises to participate in the Belt and Road

Private enterprises are the main force and an emerging force in building the Belt and Road. Therefore, it is a principle of great importanceto support their engagement in the initiative.

It is necessary to develop the theory about private economy as new philosophy forits healthy development in the new era.Some fundamental problems perplexing the private sector must be addressed with theories. Researchers at home should be bold in making theoretical innovations about private economy, in a bid to pave the way for the healthy development of private companies and further protect theirlivesand property.

We should adhere to competitive neutrality and earnestly implement the central government’s policies and measures about private economy, so as to create a level playing field for private enterprises.In March 2019, the principle of competitive neutrality appeared in the government work report of the State Council for the first time, making it an important principle to formulate relevant policies. This principle should be followed in supporting enterprises’“going out” and participation in the Belt and Road. Weshould also treat state-owned enterprises, private enterprises, foreign-funded enterprises and other market players equally in investment filing or approval, foreign exchange use, government services and other aspects.

We should strengthen the disclosure and early warning of investment and trade risks in Belt and Road countries. It is suggested that the National Development and Reform Commission, the Ministry of Commerce and relevant national think tanks provide high-quality and authoritative reports withrisk disclosure and early warning for investment and trade projects in B&R countries.

We should strengthen the collection and publishing of data. It is suggested to build a Belt and Road database with consistent data caliber and complete aggregate and structural data and to update and release the data to the public in a timely manner under the condition of an established data release mechanism.

We should develop the ability of All-China Federation of Industry and Commerce in serving private enterprises and improve the accessibility of their services. The Federation can learn from the international experience of American Chamber of Commerce: to negotiate with overseas Chinese chambers of commerce to allow them to use “All-China Federation of Industry and Commerce-Country Name-Chinese Chamber of Commerce” as their name to carry out activities in the host country and to offer them the Federation’s guidance.

We should enhance the capability of industryassociations in their international service. After gradually making industry associations market-oriented, the government should buy more services in international business from national industrial associations, encourage these associations to strengthen internal reforms and provide their members including private companies with overseas consultation and assistance, especially with services in international investment disputes, trade frictions, legal disputes, etc.in the meanwhile, relevant industry associations should also pay attention to the problems of private enterprises in overseas labor relations, environmental protection, production safety and other aspects. To this end, they should improve their training in such fields for their members in a bid to help them perform better overseas.