GFC: the Belt and Road Forum

President Xi Jinping: The Belt and Road Initiative is open to all countries

Here are the key points from the two-day summit opened on May 14 at the National Convention Centre in Beijing.

President of China Xi Jinping pledged an extra in RMB 100 billion funding for the Belt and Road Initiative (BRI) further development granting billion soft loans through the China Exim Bank and China Development Bank. Referring to OBOR as “the project of the century”, the President of China stressed a necessity of international cooperation based on inclusiveness and connectivity stressing China's endeavour to promote growth both in China's respective regions and globally.

– We need to improve policy coordination and reject beggar-thy-neighbour practices. This is an important lesson that can be drawn from the global financial crisis and is still very relevant to the development of the world economy today. We need to seek win-win results through greater openness and cooperation, avoid fragmentation, refrain from setting inhibitive thresholds for cooperation or pursuing exclusive arrangements and reject protectionism– President Xi said. He also vowed to tackle poverty in recipient countries.

AMERICA'S DELEGATION: US FIRMS READY TO PARTICIPATE IN BELT AND ROAD PROJECTS

A new important moment in the Belt and Road history is that the Unites States sent a delegation led by Matthew Pottinger, Senior Director for East Asia affairs of the National Security Council. The US embassy in Beijing and US companies are going to form The American Belt and Road Working Group.

Pottinger described BRI as the opportunities for US firms that have a successful record of accomplishment in global infrastructure development and are ready to participate in Belt and Road projects. In 2014, Chinese construction and engineering companies ordered just $400 million worth of equipment from G.E. to install overseas, overwhelmingly in the region, known as “One Belt, One Road.” In 2016, the orders totalled $2.3 billion, and G.E. plans to bid for an additional $7 billion in orders for natural-gas turbines and other power equipment. Henry Paulson, former Treasury Secretary and the chairman of the Paulson Institute at the University of Chicago said at the  BR forum: „The more China can demonstrate that the Belt and Road initiative is open to outside participation in this way, the more it will be embraced by global – and even American – firms and suppliers.“ Pottinger said that US firms participation would depent on transparency in procurement and broad participation of private sector.

Since the BRI, launching in 2013 America has neither come out directly against the global vision of BRI, nor asked other countries not to join the project. Nevertheless, some of China’s goals, such as increasing the use of the yuan in trade along the Belt and Road, are perceived to be, just as the AIIB, potentially destabilizing for America's role in global trade and finances. America’s policy of containing AIIB has not achieved its desired effect. The Sino-American relationship could be explained as „competition and partnership,” thus, there is a possibility for the U.S. to join China’s initiative.

President Xi said in numerous speeches on May 14 and May 15 that Belt and Road is open to all countries.

The leaders of developing countries think the Belt and Road Imitative has power to redefine future of capitalism, the world order and be useful for the local economy development creating opportunities for local suppliers of materials, labour and finance. 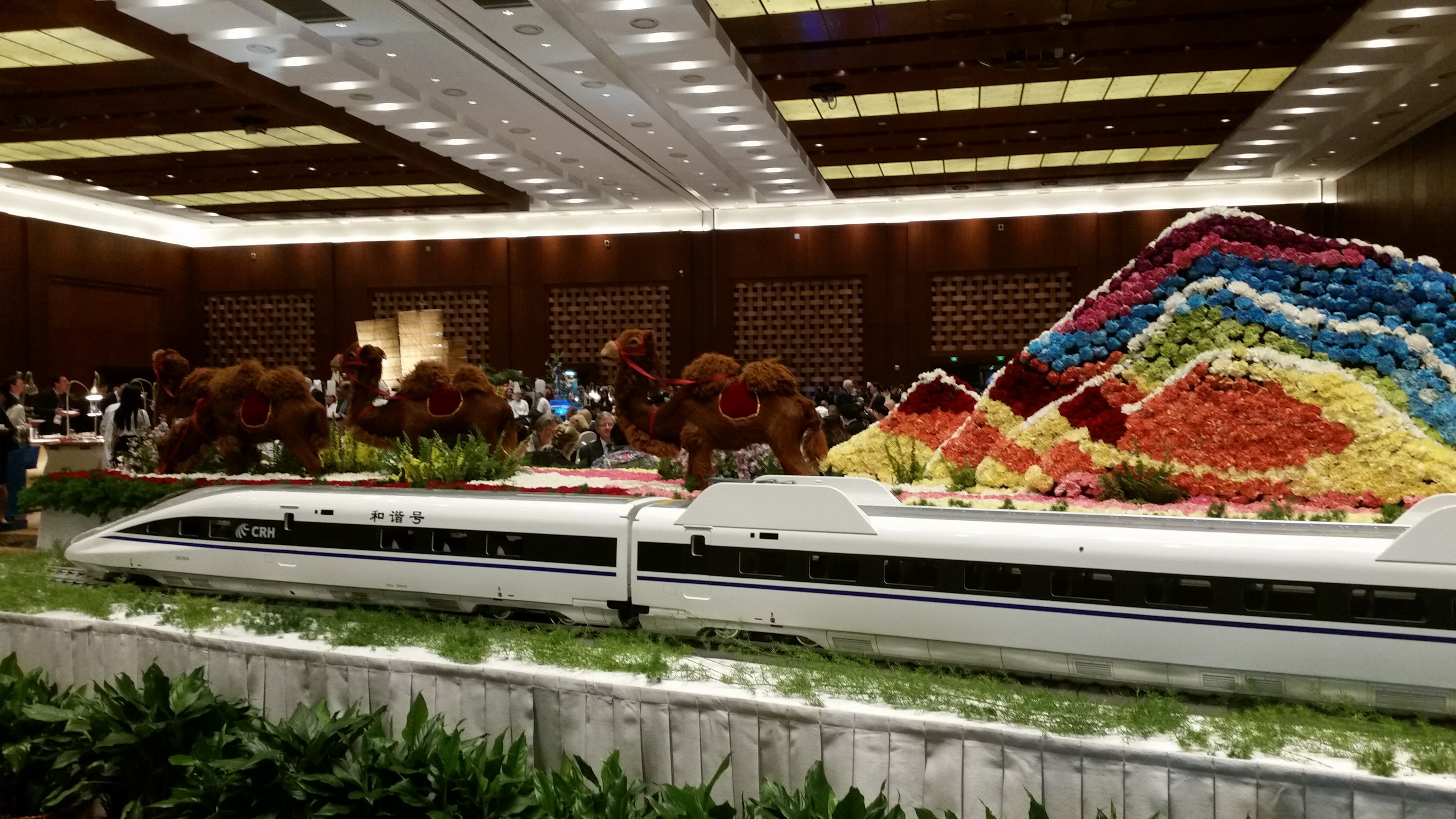 The IMF, WB, WTO and the UN send a supportive message to the BRI seeing it as a driver of Europe – Asia growth.Photograph: J.P.

The Geoeconomic Forum at the BRF for International Cooperation

Jasna Plevnik Founder and Vice President of the Geoeconomic Forumon the Opening day of the BRF for International Cooperation in Beijing, May 14, 2017.

On the Opening day of the BRF for International Cooperation in Beijing, May 14, Jasna Plevnik Founder and Vice President of the Geoeconomic Forum participated in thematic session on CONNECTIVITY OF DEVELOPMENT POLICIES AND STRATEGIES moderated by Li Wei, Minister of the Development Research Center of the State Council of P. R. China.

The keynote speakers were H.E. He Lifeng, Chairman of National Development and Reform Commission of China, H.E. António Guterres, Secretary – General of the United Nations and H.E. Doris Leuthard, President of the Swiss Confederation.

Jack Ma said that One Belt, One Road strategy has been uniquely effective and inclusive. He thinks that the greatest difference between the Belt and Road Initiative and general globalization lies in the inclusion of young people, women, smaller enterprises and developing countries. To Ma the BRI is not a story on  selling Chinese products to Belt and Road countries or importing cheap labour and raw materials,  it is about on creating jobs, stimulating overseas economies and improving people’s livelihoods,”

Alibaba's CEO sees as an essential part of the One Belt, One Road Initiative building an Electronic World Trade Platform (eWTP), and eRoad what he proposed at the 2016 Hangzhou G20 summit. Jack Ma's vision is that young people from all over the world live in a trade environment in which they will be able to buy and sell products globally with just a smartphone in their hands. Alibaba launched its first overseas eWTP hub in Malaysia.

SiLKS' Declaration on support for Belt and Road 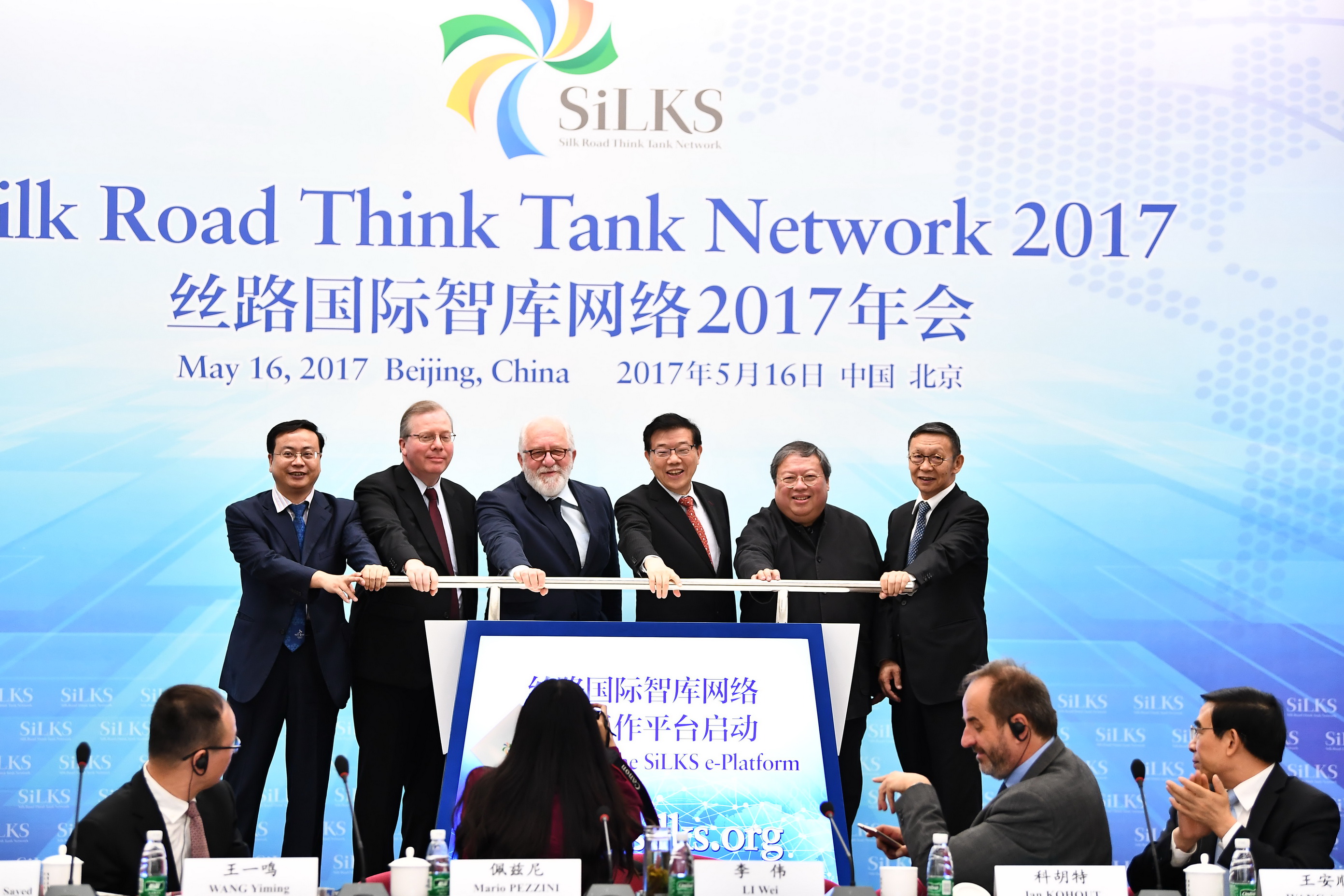 The Silk Road Think Tank Network,  known as SiLKS  stretches into its 3th year, achieving a common understanding about the BRI benefits for all countries involved and focusing on joint action to further develop and support the Belt and Road Initiative's implementation.

Over 170 distinguished delegates from 12 international organizations, 43 think tanks, and 20 multinational enterprises attended the SiLKS Annual Meeting. Members and partners of SiLKS discussed and suggested how to facilitate the cooperation under the Belt and Road Initiative, as well as how to promote the sustainable development of a global economy.

Silk Road Think Tank Network (short for SiLKS), an international think-tank cooperation platform and collaboration network, was co-sponsored by Development Research Center of the State Council and concerned international think-tanks in 2014, and was formally founded at “Silk and Road Forum” held in Madrid, Spain on Oct. 28th, 2015, aiming at providing intellectual support for advancing joint discussion about and construction of “Belt and Road” projects. Currently, SiLKS has 47 members and partnership institutions, including 34 authority think tanks from 27 countries and 8 international institutions and 5 internationally renowned enterprises such as UNDP and UNIDO. On the morning of May 14th, Chairman Xi Jinping, in his keynote speech addressed at “‘Belt and Road’ Forum for International Cooperation”, said: „We should give play to the role of think-tank and build a sound think-tank alliance and cooperation network”. According to an insider, the think-tank mentioned by Chairman Xi refers to the SiLKS.

The Geoeconomic Forum Vice President at the 2017 conference of SiLKS 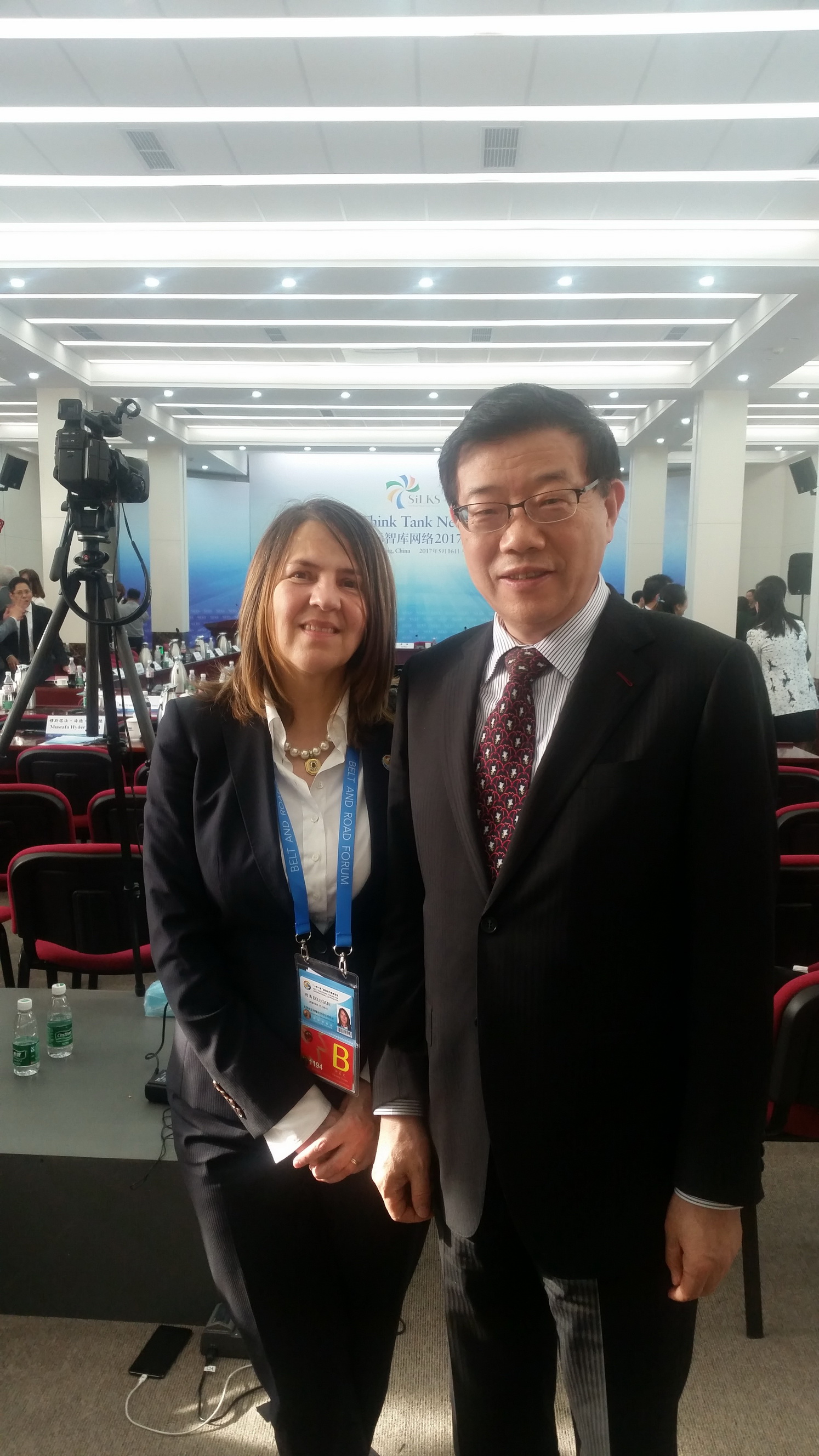 Dr. Jasna Plevnik spoke at the SiLKS Annual Meeting on May 16, 2017

Her discussion: The orientation on intra-regional and sub regional joint activities

Ladies and gentlemen, I like to thank experts of the Development Research Center who put fascinating work to open and build many links for promoting and explaining Belt and Road’s benefits and risks.

It is extremely encouraging that SiLKS' holistic academic push of the Belt and Road helps BRI countries and the world to look at the Initiative as a resort for improved, better globalisation.

I will present how to move forward SiLKS joint actions.

The Initiative has already established itself as the inter regional cooperation among big world regions: Europe, Asia and Africa. I suggest the SiLKS should initiate and develop an approach that will be more intra-regional, more focused on cooperation and policy coordination inside or within regions, and even sub regions under the Belt and Road. That within or intra-regional and sub regional approach towards Belt and Road Initiative has power to increase unity, stability inside regions and through that inside regional level of policy coordination speed up implementation of Belt and Road projects and bring prosperity to people.

The orientation on intra-regional and sub regional joint activities goes well with Initiative’s  multilateral an regional nature and could create a  base for deeper BRI policy coordination within Europe, within Asia and within Africa.  Focusing on that kind of approach will allow SiLKS to package global, regional and sub regional expertises together with business conditions and could improve New Silks Road's projects performance.

It could also help SILKs to build up its inside regions influence using power of its relevant network which I understand as one of the prominent tools in strengthening of Belt and Road implementation dynamics.

To initiate and adopt a more intra or inside regional and even sub regional approach towards BRI policy coordination.

silks small logo 7To outline it as an amplifier of multilateral and win-win cooperation.

silks small logo 7SiLKS involvement in intra-regional network building should be transferable: it will seek greater burden- sharing from members.

Currently, Shenwu has carried out projects regarding industrial energy-conservation and emission-reduction technology transformation and comprehensive utilization of resources in over 20 countries along the “Belt and Road” routes, which have played a positive role in local economic development, pollution control and promotion of sustainable development. 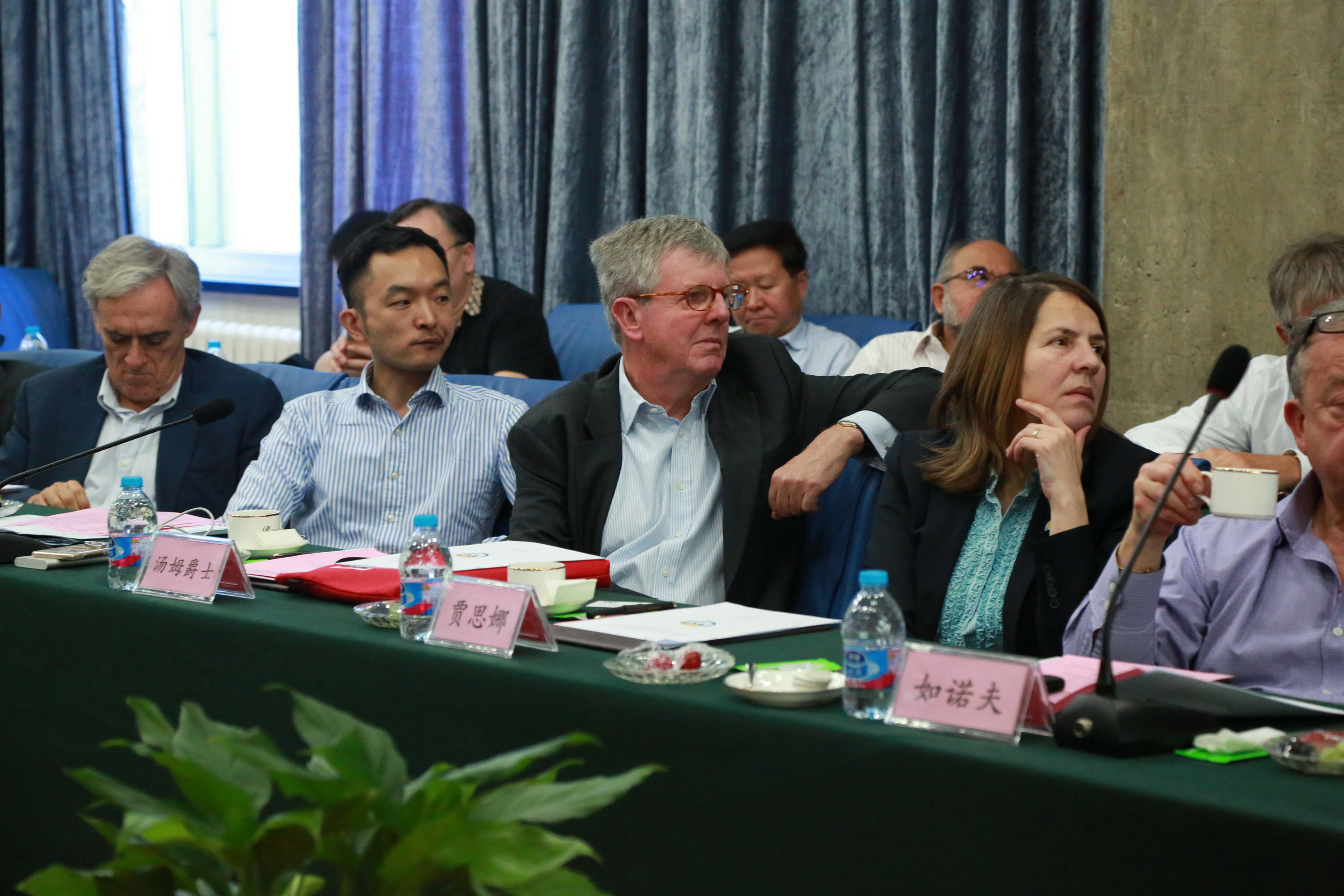 FENG WEI, Director of International Bureau of Development Research Center of the State Council, said that Shenwu Group is a technology innovative enterprise and that he was impressed by the disruptive low carbon innovative technology of the Group.

Thus, it will not only be favoured by markets, but also win the vigorous support from governments. SiLKS is an international non-government organization, which is willing to serve as a bridge for the strategy of “Go Global” of Shenwu technology and make every effort to provide support to Shenwu. He stressed that the Chinese government is increasing the financial support with construction projects along “Belt and Road” routes and he hoped that Shenwu would grasp the historical opportunity to forge ahead and make its contributions to the sustainable development of society and economy.

GOPAL PADKI, Senior Executive Director of Shenwu Global Business comprehensively explained to SiLKS' delegation that Shenwu technology makes of carbon friends to the people. Director Padki said: „Technology cannot only reduce carbon emissions from the source and alleviate environment pollution, but also bring huge economic benefits to concerned enterprises.” Furthermore, most of the countries along “Belt and Road” routes are still developing, and adopt the technology of Shenwu is featured by its low cost, good returns and few pollutants. 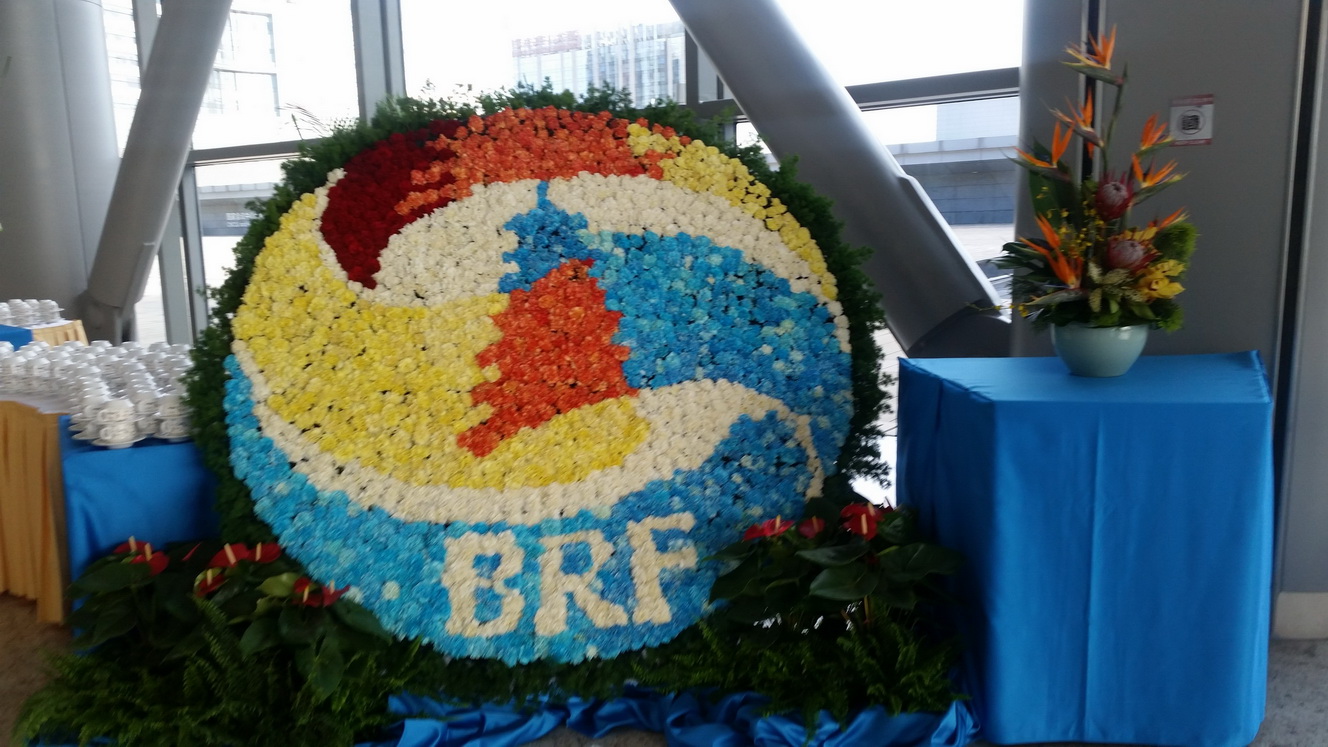 The BRI has  established itself as an extensive multilateral model and leverage for „joint development“  of Asia, Europe and Africa  through  strengthening trade system and, investments. All proglobalisation forces of the world could find a resort under the BRI.

Dr Jasna Plevnik has given an interview on The Belt and Road Initiative implications for the world and Southeast Europe to Xue Qun, chief correspondent of Zagreb Bureau of Xinhua News Agency. The interview was published on May 7, 2017 and many mainstream China's media and websites republished it. This are links for reading the interview in English and Chinese. 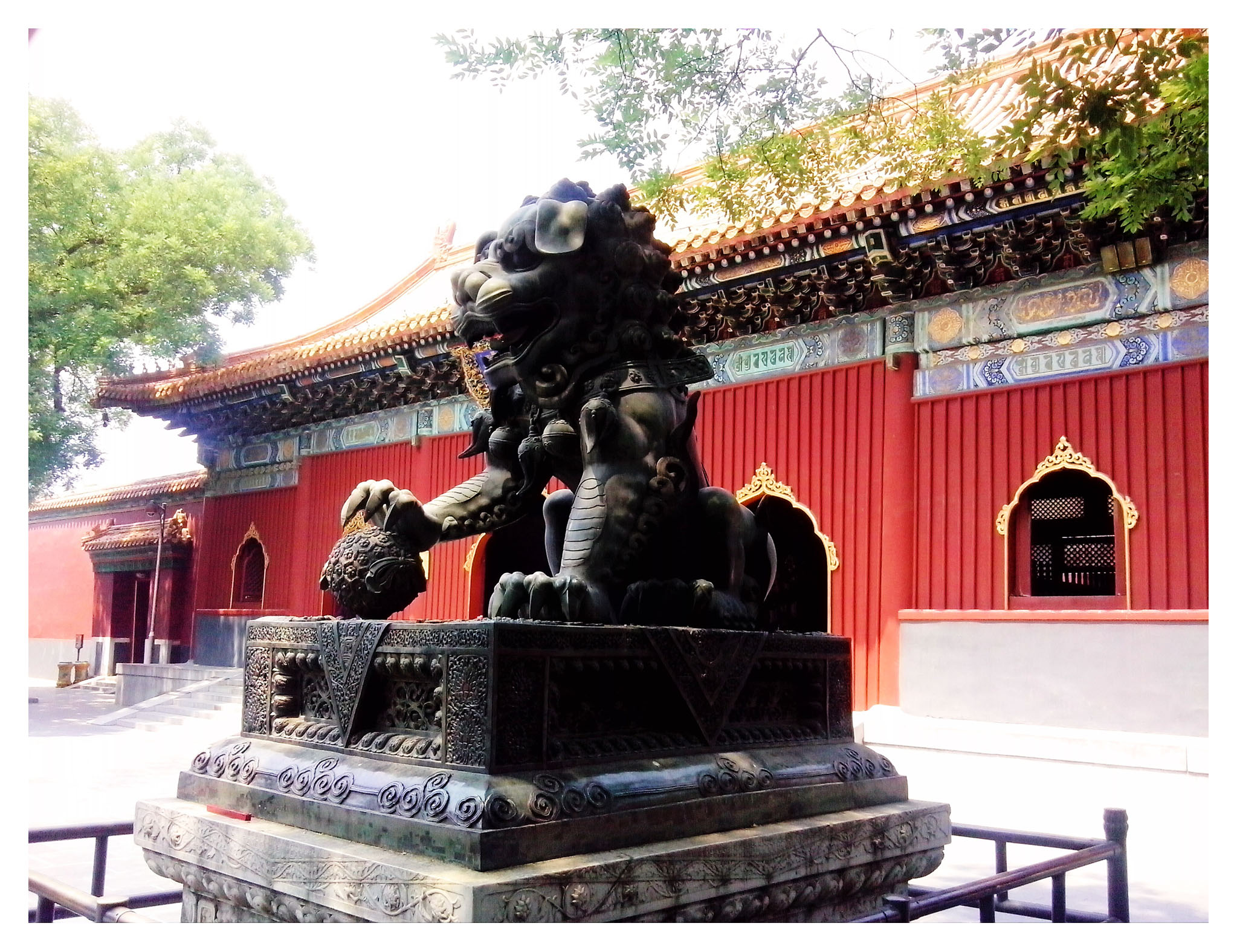 The world to look at the Initiative as a resort for improved, better globalisation.Photograph:Biserka Furac