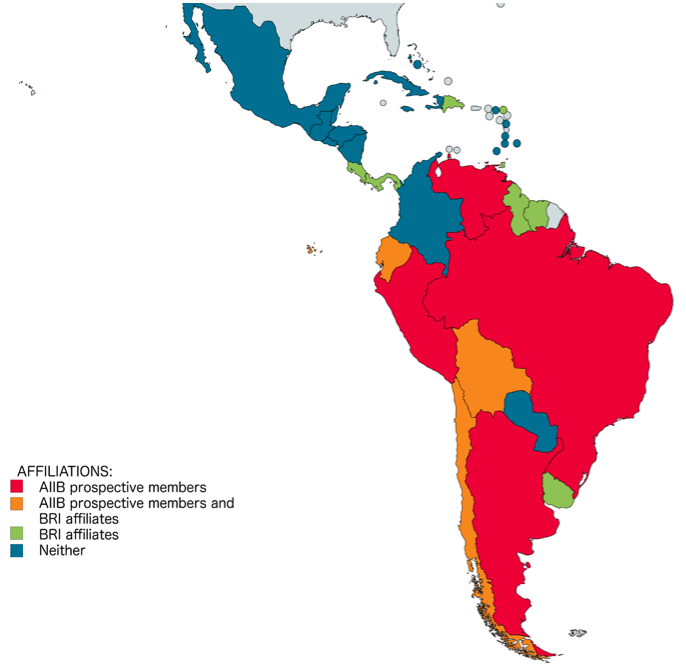 The report provides detailed analysis and observation on the ever-changing landscape of China-Latin America economic relations. What is noted is that China-Latin America cooperation continued to deepen, notably in the soaring trade volume. Though Chinese finance and investment in the region appears to have been relatively cautious in nature. economic ties between Latin America and China continued to deepen through the official multilateral channels. Latin American countries (LAC) are rapidly joining the China-led Asian Infrastructure Investment Bank (AIIB) and the China-initiated Belt and Road Initiative (BRI). As of this writing, seven LAC have become prospective AIIB members and twelve have signed BRI memorandums of understanding, cooperation agreements, or framework agreements. In prospect, two major sources of uncertainty will have significant impacts on the China-Latin America economic relationship moving forward. First, the outcome of continued US-China trade negotiations will have significant impacts on Latin American soy exports. Secondly, the political turmoil in Venezuela will continue to be felt throughout Latin America and may have significant impacts on China’s relationship with the region.