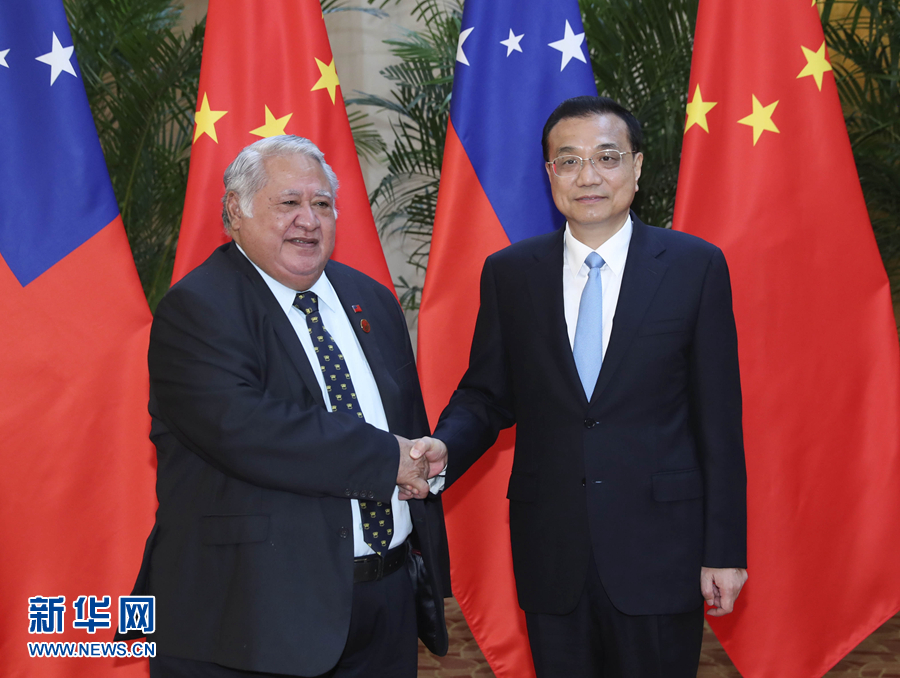 On September 19,premier Li Keqiang met with prime minister of Samoa in Tianjin.

LI Keqiang said bilateral relations between China and Samoa have made significant progress since the establishment of diplomatic ties. China attaches great importance to its relations with Samoa, appreciates Samoa’s adherence to the one-china policy and supports Samoa in pursuing development paths that suits its national conditions. Samoa said The "One Belt And One Road" initiative plays a positive role in promoting trade, tourism and culture exchanges. Samoa expects to sign a memorandum of understanding on cooperation with China forging an even closer strategic partnership between the two countries.

Following the talks, the two witnessed the signing of a number of cooperation documents.