China Belt and Road Initiative: Measuring the impact of improving transportation connectivity on trade in the region

In 2013, Chinese President Xi Jinping announced plans to build a Silk Road Economic Belt and a 21st Century Maritime Silk Road, which have come to be known as the Belt and Road Initiative (BRI). The BRI is geared towards encouraging greater policy coordination, infrastructure connectivity, investment and trade cooperation, financial integration, cultural exchange and regional cooperation between Asia, Europe and Africa, by creating jointly-built trade routes emulating the ancient Silk Road. Using both qualitative and quantitative analysis, this study was to measure the impact of improving transportation multimodal connectivity on multilateral trade and economic growth across countries and regions along China Belt and Road Initiative. This is a proof-of-concept study which is targeted at stimulating discussion and providing empirical evidence on the impact of transport infrastructure improvements in the BRI region. The study's findings aim to be of use to policymakers and stakeholders who are interested in this infrastructure plan.

There is a positive and statistically significant relationship between transport infrastructure and connectivity and bilateral trade. Assuming that this relationship is causal, with the proposed level of investment in transport infrastructure in the BRI region, total trade volumes increase not only in the BRI region, but also in the countries outside the initiative (such as those in the EU). Therefore it appears to be a win-win scenario.

The BRI region suffers from less developed infrastructure than other regions and this can hamper trade development. Therefore, investing in infrastructure related to trade and transport, such as ports, airports, road, and rail links and connections, should remain a priority and sufficient funding should be made available for this purpose.

There could be substantial further benefits if countries and regions along the BRI region coordinate their development plans to achieve compatibility and complementarity between their policies and the infrastructure implementation. Countries should work together to ensure that the initiative delivers sustained economic, social and environmental benefits across generations. 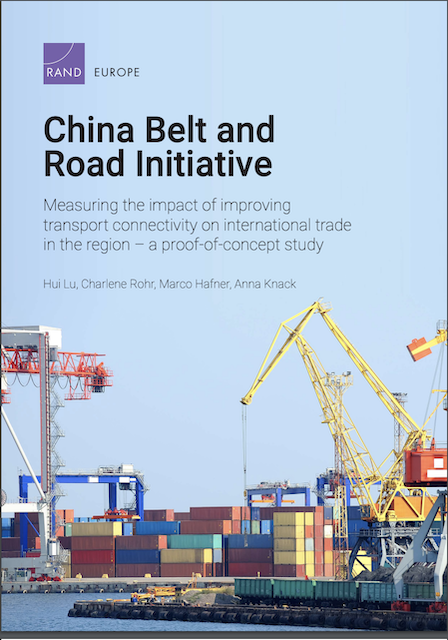 China Belt and Road Initiative: Measuring the impact of improving transportation connectivity on trade in the region